Extreme volatility in the overall market was the big story this week, with very little industry or corporate news.

The Global Cannabis Stock Index rallied off the lows but still fell for the second consecutive week, decreasing 4.2% to 27.95: 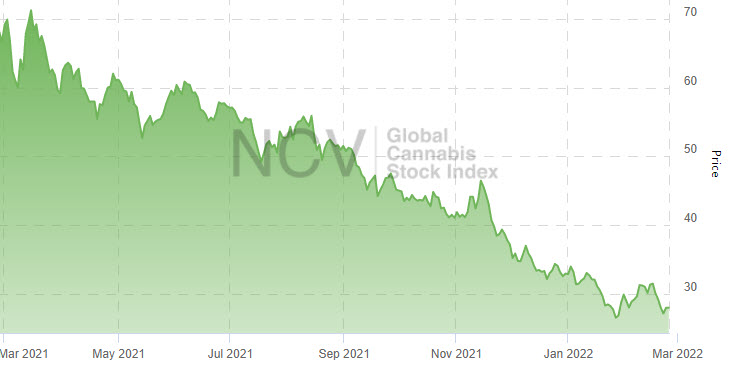