The Global Cannabis Stock Index posted a new 2022 closing low during the week but then rebounded slightly as it fell for the fourth consecutive week, decreasing 2.9% to 25.44: 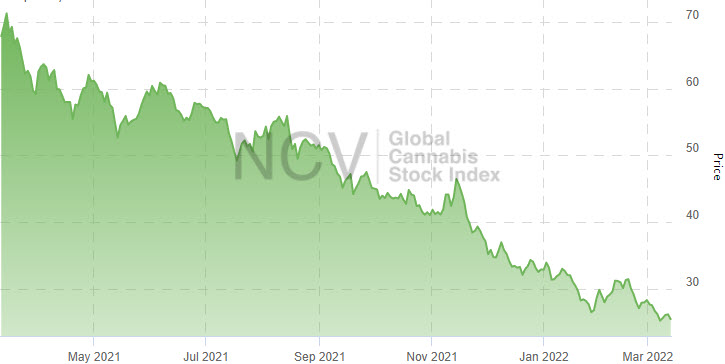 Exclusive: This Edibles Company Is Quietly Expanding Its Footprint and Aiming for $200M in Revenue for 2022